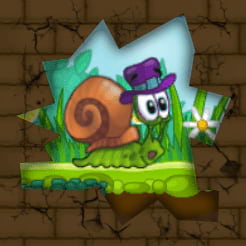 The game follows the story about Fireboy and Watergirl that are abandoned in the forest temple and need to find the fastest path through 32 difficult levels. Each game level is an adventure puzzle that requires concentration and collaboration between two players that control the two cute characters. You should jump between ramps and over obstacles, move objects, control buttons and levers.

Never mix fire and water. The Fireboy must avoid water pools, but can walk safely in lava. The Watergirl must jump over lava pools and can’t get hurt by water. Both characters must avoid green swamps.

Collaboration between the two players is crucial to finish each level. Along each level you will find levers that controls lifts and gates. The levers can be moved by one of the players and it remains in its place after the move. Unlike levers, buttons throughout the levels must be held down to control other objects. In some cases, one player holds the button while the other goes on a lift. Sometimes, to climb high ramps, boxes should be pushed closer to the ramp and then be used as high ground to climb over. When pushing boxes be aware not to push them to the wrong direction. Boxes that are too closed to a wall, can’t be pushed back and the only way to resolve the situation is to retry to whole level.

To complete a level Fireboy and Watergirl must reach and stand in front of the exit doors. Collect all blue and red diamonds to complete the level at the highest rank. Time is also important in order to reach the highest rank on each level. Notice the timer at the top of the screen and practice till you reach the fastest time.

If you could not complete a level, or just want to learn how to pass it with the highest rank - check the walkthrough video below.

How to play Fireboy and Watergirl 1?